Clash of Clans is a MMO Real Time Strategy developed by Supercell and played by millions of players from all over the world. It was firstly released for iOS and a few months later it was available for Android also. Here are a few tips and tricks that will help you out in your Clash of Clans journey.

Of course, in the wake of such a hit, there’s bound to be a lot of searches for shortcuts and other tips on how to win battles and gain an advantage over enemies, resulting in gaming satisfaction and entertainment. With that, let’s get right to it.

1. Gain More Gems – For Free and use them wisely:

Speaking of gems, the best way to progress through the game is to save them for a rainy day. Having gems on hand is useful for speeding up upgrades — especially within the last hour of the upgrade — and boosting mines and collectors, which increases the output by 2x. Sure, there are ways to get more gems in a jiffy, but more than that, you should also know when and how to use your gems effectively. “And don’t forget that gems are granted when you reach certain Achievements.”You need to save the gems you earn from missions and terrain clearing for stuff that’s more than just a convenience.

Goblins are the fastest troops from COC and you can use them in order to trigger traps while running in your enemy’s base. Because they are so fast, the bombs will explode when they will be far away from them.

One tip for getting elixir for free involves the right timing and having a full army already. If you’re 30 seconds away from completing a troop upgrade, you should line up the troop being upgraded and untrain the troops right after the upgrade is finished.

To keep from losing your elixir when going offline, see to it that your camps “are full and then fill your barracks up with bombers. You’ll get 100,000 elixirs only when you go offline, instead of 300,000, but when you go on again; unload your barracks right away before doing anything else to regain all your elixir.

4. Protect Yourself with Walls:

Build and upgrade walls as fast as possible because they will help you to defend your village better. You will want to place them around important buildings such as Town Hall, Storages and Defensive buildings. In the first levels you will not be able to surround all the buildings so you will want to keep the unimportant buildings outside, such as: Barracks or Army Camps. Don’t let accidental openings ruin your game and your realm. Fortify it right away as soon as you start!

To do this, you will have to look for players who left the game and can be destroyed with ease. These kinds of villages will have some weak defenses and a good amount of resources for you to steal.

You can also “boost” the training of troops or buy a shield which protects your village for a period of time. Gems can be harvested from trees, rocks, and so on, which cost a small amount of elixir. Some players spend thousands of dollars on gems to quickly build their village, but the fun of the game comes from successfully saving for things. You can build troops at a lower price. Let’s say that you have 100 Barbarians of level 2, which will cost you 4000 elixirs.

You want to make use of the element of surprise. Use your hidden bombs, traps and Hidden Tesla in order to surprise your attackers and destroy their army with ease. 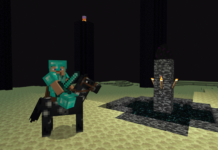 © This is an unofficial fan site of PUBG Lite game. Pubglitepc.co is not endorsed or affiliated PLAYERUNKNOWN’S BATTLEGROUNDS and PUBG in any way. All information provided in this website is general purpose only.